Many old school gamers like me have fond memories of the games we grew up with. Retro gaming lets us experience some of them with friends who didn’t get to. My interest for vintage games has been recently renewed and, to my surprise, the retro gaming scene has seen a remarkable growth; with it comes with a lot of good but also some bad. Here are some of the things I’ve recently experienced dwelling into it.

There isn’t really one homogeneous community dedicated to Retro Gaming, but there are several diverse interweaved ones which all have a lot in common: they obviously both love Retro Games, but also, every single one of them is very welcoming and always ready to help and answer questions from newcomers.

Where they diverge is in what they consider ethical and what they consider borderline; they are not judgmental towards people who disagree with them, they respect everyone’s personal choice, but won’t condone it. The issues I’m referring to is the stance on using emulators and ROMS, which are legally grey at best, or console clones as opposed to vintage original consoles.

It’s a very vibrant scene filled with passionate and friendly people, some of whom have developed homebrewed games for consoles which production has stopped over a quarter of a century ago, and others have created programs to emulate these old consoles and let people play the games on newer devices.

Personally, I only care about playing games; I don’t have an unconditional love for original cartridges and authentic consoles, but I completely understand people who like these physical objects, and have nothing but affection for them and the way they live their hobby.

However, I have to mention that except for very few lucky finds at garage sales, gathering a collection of authentic game memorabilia can be very expensive for the casual retro gaming enthusiast and that cheaper alternatives deliver a much better value for your hard-earned coins.

Don’t Ask Too Much From Console Clones

As for anything with a growing audience with disposable income, some companies have used the Nostalgia train to take consumers for a ride and put on the market a lot of dubious products.

A lot of Plug & Play video games flooded the market, most of them being low-cost, but cheap doesn’t imply good value, as most only offer very limited entertainment. At the other end of the spectrum, some very expensive products were released with even worse value; the Neo Geo X Gold is the prime example of that type of merchandise sold to gouge the consumer providing a very limited number of classic SNK games for a hefty price tag.

This trend gave the console clones their bad reputation, yet if you have realistic expectations and are aware of their limitations, some of them can deliver an inexpensive and decent retro gaming experience. 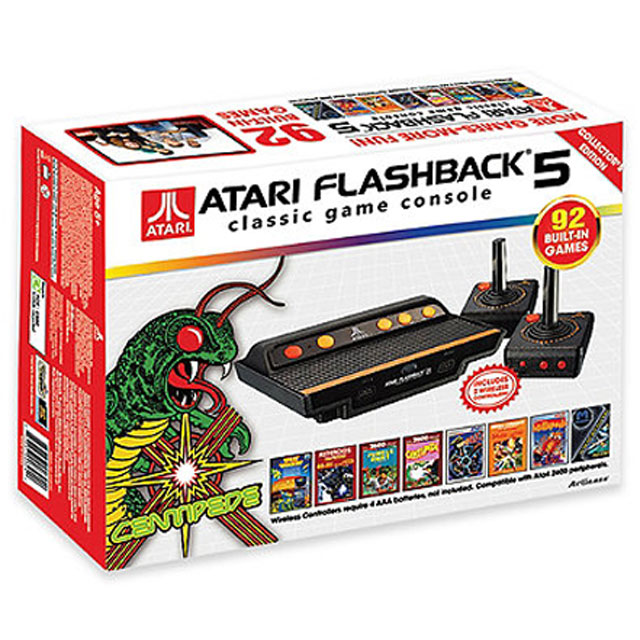 Don’t expect Pac Man, Pitfall, or E.T. here. But for $40 you have a nice little toy that offers a slew of authentic lesser known Atari games like Centipede and a bunch of homebrewed games. 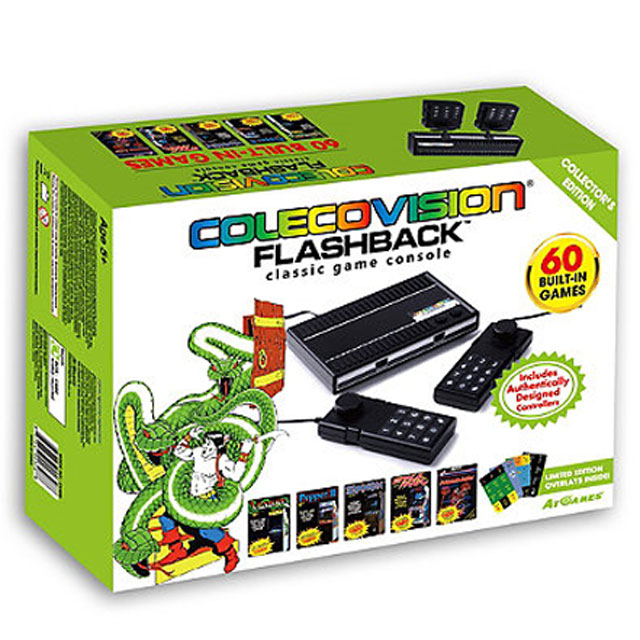 If you’ve never experience the Colecovision, you can’t really go wrong with this one; it’s more about emulating the experience rather than being an exact clone of the bulky system. 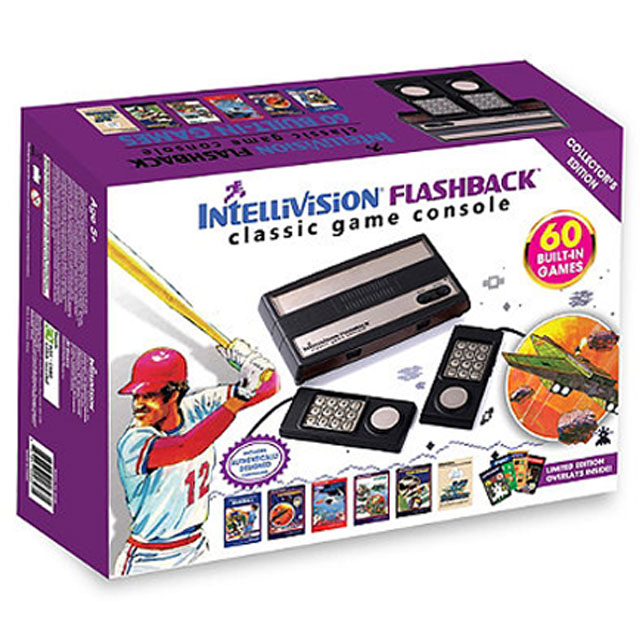 I’ve never had an Intellivision, and looking at eBay, I never will. So this gives me an affordable taste of what people lucky enough to have one could experience back in the days. 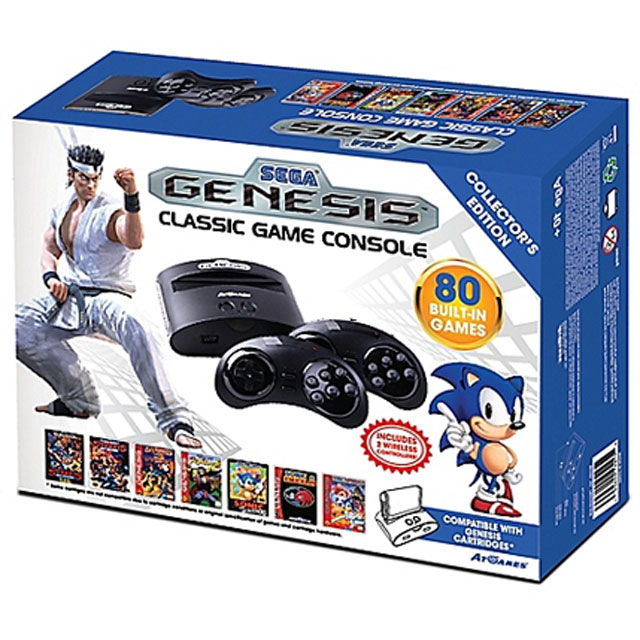 This is an outstanding value: it’s licensed by SEGA and offers all their best games on the Genesis console and you can even plug your old cartridges. You’ll want to use real Genesis gamepads.

Collections Can Be Worth It

Quite often publishers look at their back catalog and publish compilations of some of their most popular games. Most of the time, these collections offer tremendous value has they include a good number of games while being moderately priced.

There are some exceptions though; some developers have released collections that only included a handful of games and priced it outrageously: Konami comes to mind with its “Classics Vol. 1 & 2” both including a meager trio of games for a $30 price tag; SEGA also released its Dreamcast Collection with only 4 games for $20.

One of my personal rules when I consider the purchase of a compilation is the number of games I’m really interested in and the price per game; I never buy a collection where the price per game included is higher than $2. 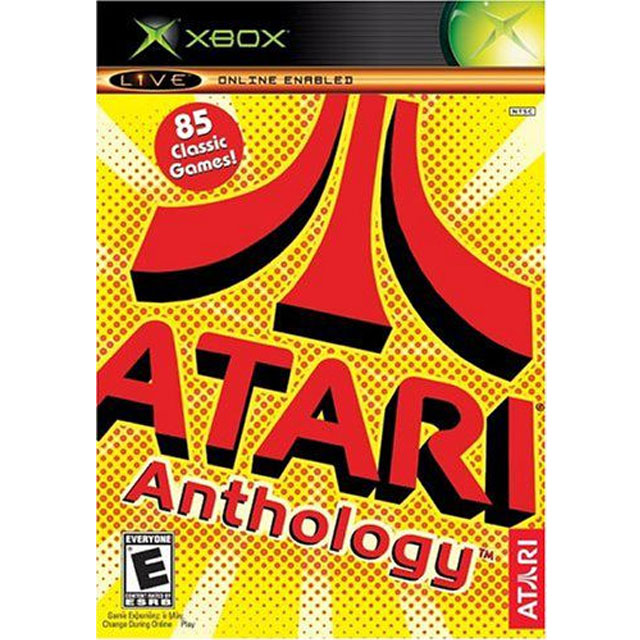 At 25¢ per game, it’s hard to complain about this anthology which presents the Atari 2600 and Arcade vector-based games, in a very faithful way. 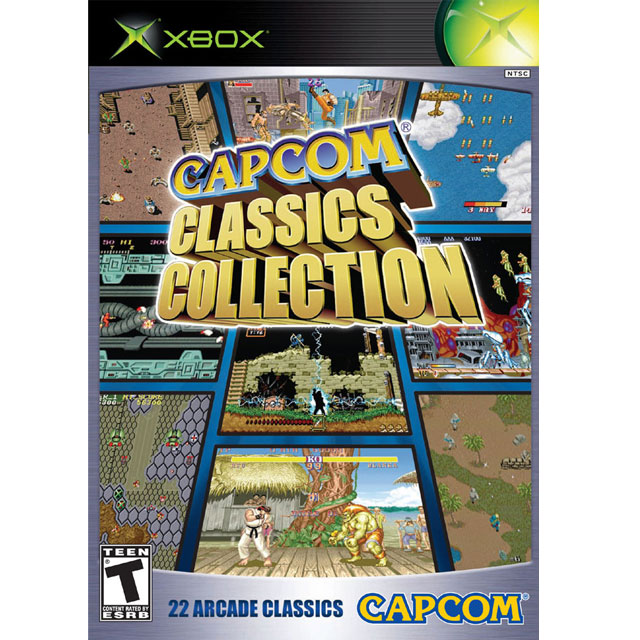 Despite having multiple versions of Street Fighter 2 and Ghouls ‘n Ghosts, anyone who grew up in Arcades will love the games included in this collection. 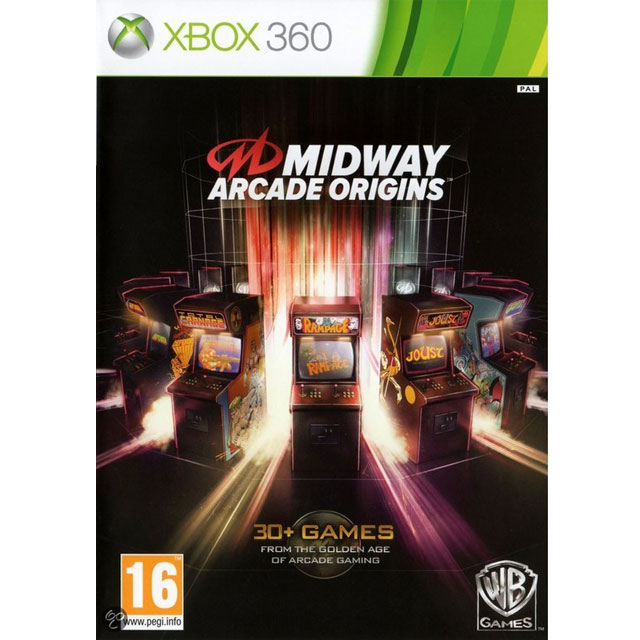 When Warner Bros picked up Midways’ portfolio after their downfall, they quickly pushed out a few compilations; Arcade Origins is the best package. 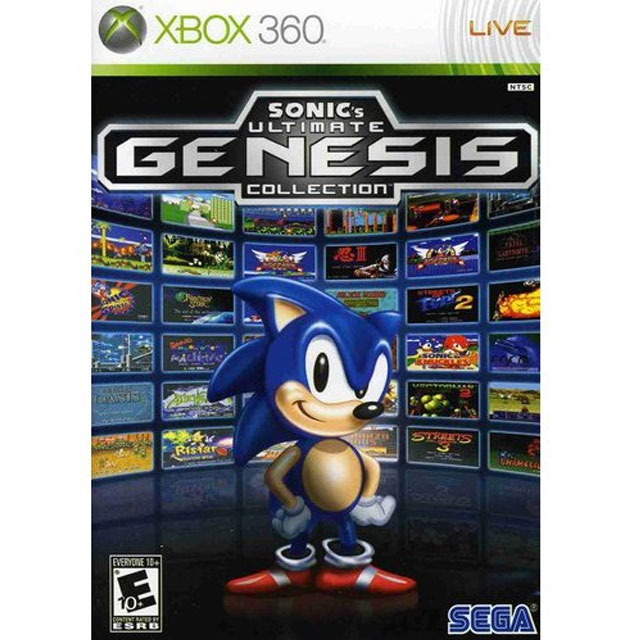 If SEGA fumbled with its Dreamcast collection, Sonic’s Ultimate Genesis Collection deserves its name; it offers 40 games and unlockable extras.

A Golden Age for Retro Gamers

Anyone curious about Retro Gaming, should look around, as there has been quite a few amazing products released lately that are, not only targeted to them, but that have drastically reduced the cost of enjoying this niche market.

From unique console devices offering an authentic retro experience while providing the benefits of modern emulation, to publishers narrowing down the perfect priced package offering a compelling value, everything is aligning to make today a golden age for yesterday’s games. 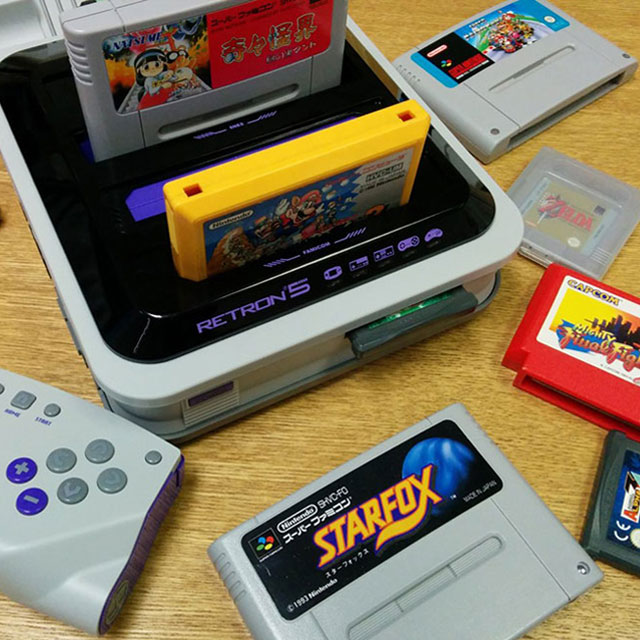 Retron 5 is an interesting emulation device which lets you play Famicon, NES, SNES, GB, GBC, GBA, and Genesis cartridges. When hacked, it can play these consoles’ ROMS. 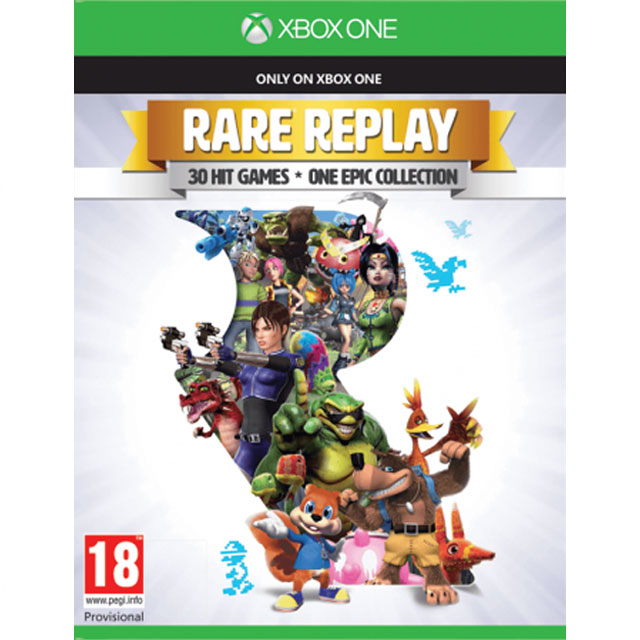 Rare Replay‘s proposition is very simple 30 games over 30 years for $30. Rare is the kind of developper that has produced some of the most beloved games of the 80s and 90s. 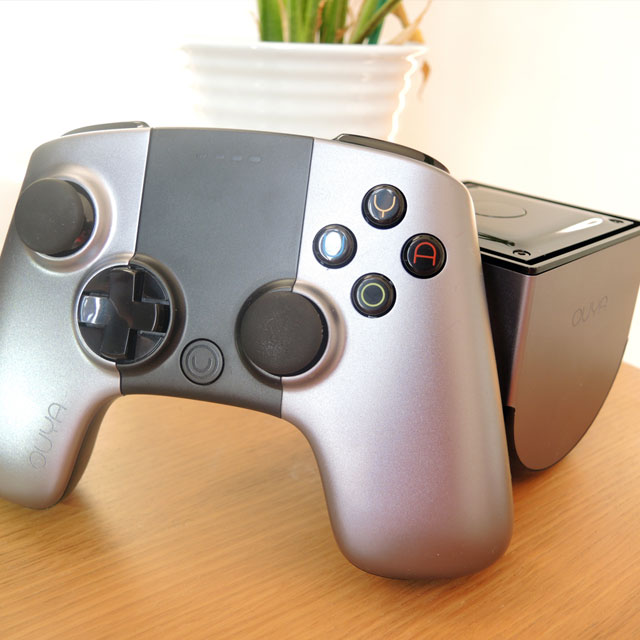 Ouya is a terrible console on its own, but as a low-cost emulation box it offers a value that’s unrivaled. A wide variety of emulators are available on the platform at no cost.

You Never Forget Your First Achievements

When talking about value and cost efficiency, it’s very easy to forget the original reason for the purchase. So let’s talk about Retro Games, and more specifically, the vintage games, from the 16bits era, I can’t wait to play again and share with my friends. 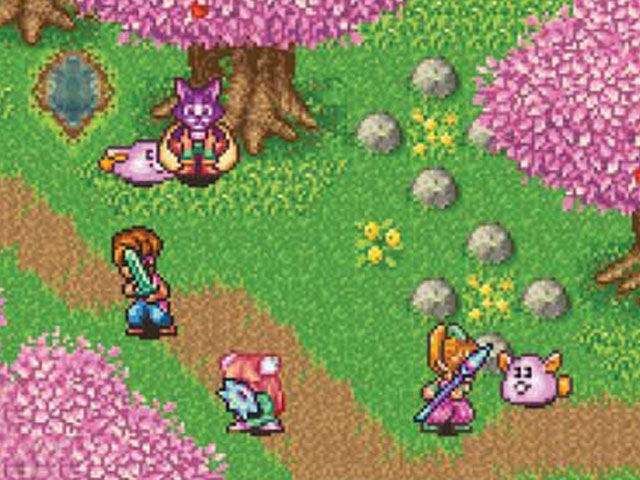 Secret of Mana is very special to me, not only I’ve played it at length when it came out, but it’s my favorite person’s favorite game, so it has a special place in my heart. 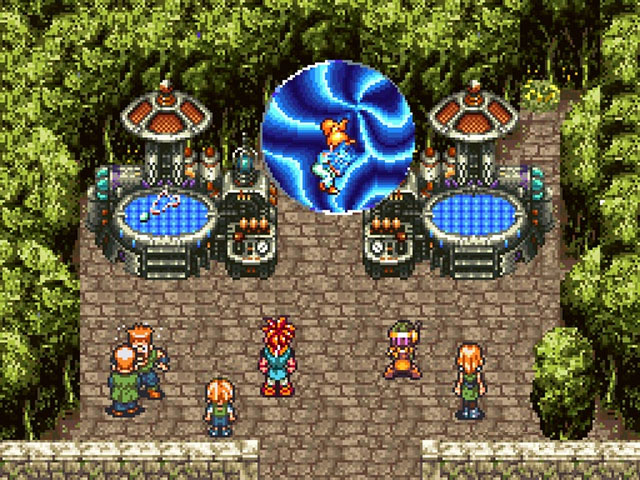 Chrono Trigger is the pinnacle of 16bits RPG: the collaboration between Dragon Ball’s Akira Toriyama and the Square minds behind Final Fantasy and Secret of Mana. 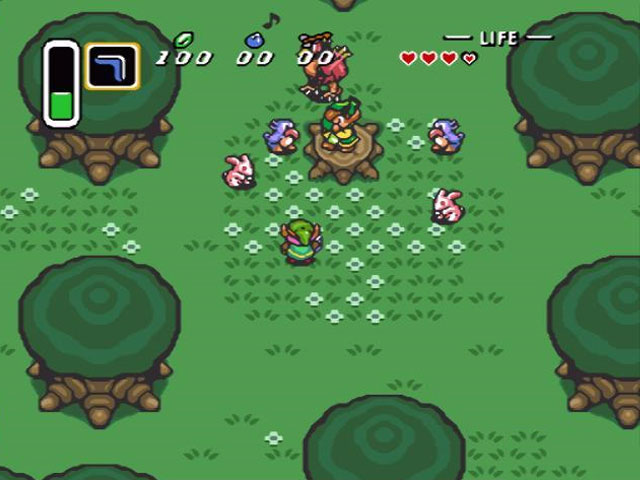 Zelda: A Link to the Past was completely overwhelming the first time I played it; the world to explore seemed to be endless and the quest ahead so grand and monumental. 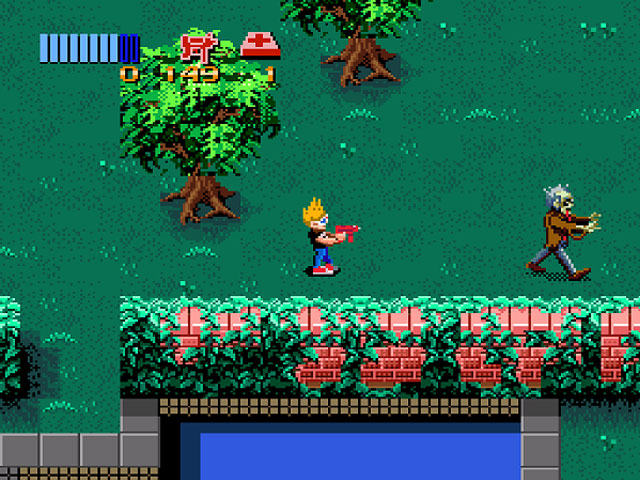 Zombies Ate My Neighbors is the game everyone remembers playing with a friend; it’s one of the first games where the heroes are your average regular kids just like us. 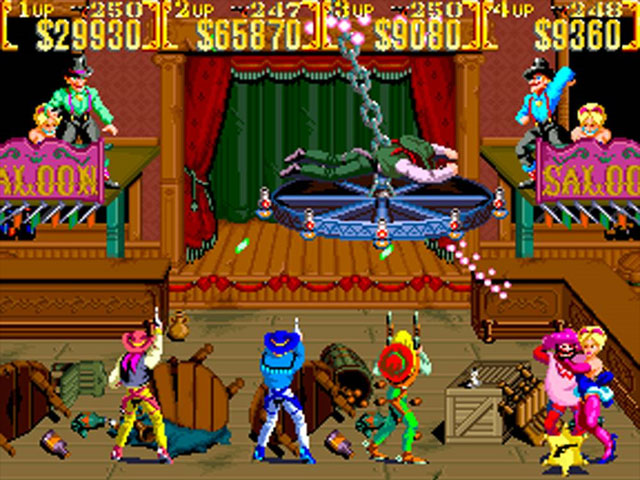 Sunset Riders is the one game my friend David and I played the most when we were kids; cowboys, guns, and a lot of bad guys to shoot at: that was our definition of fun. 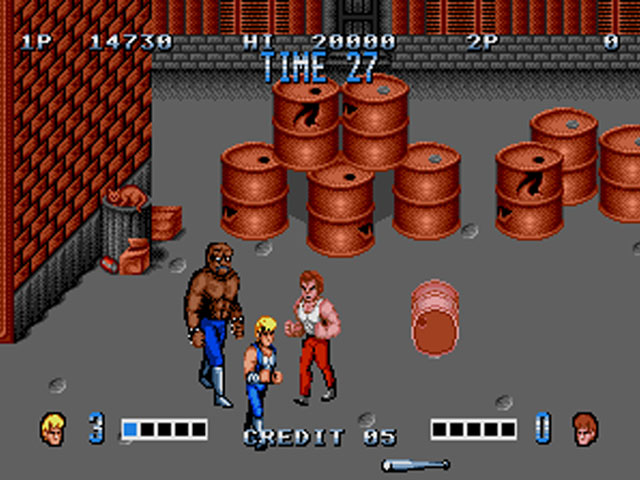 Double Dragon is legendary; everyone has played it and everyone has thought about betraying his/her adventure buddy at the last minute, but most haven’t done it.

The Ones Challenging Friendships 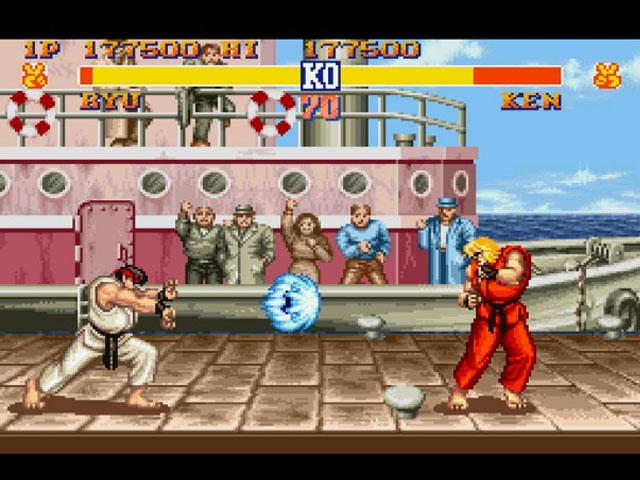 Super Street Fighter 2 is the first video game I’ve organized a tournament for; and to everyone’s surprise, the turnout was so massive; we had to change venue. 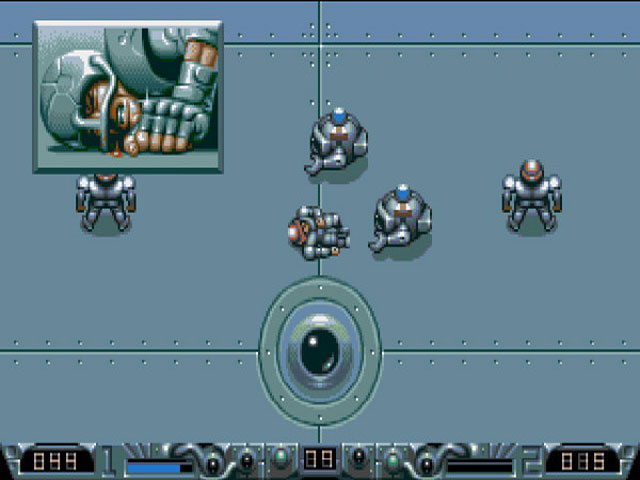 Speedball 2 is the kind of very intense game where you can get a last minute win by litteraly beating up the star player of your best friend’s team. Forgiven not forgotten. 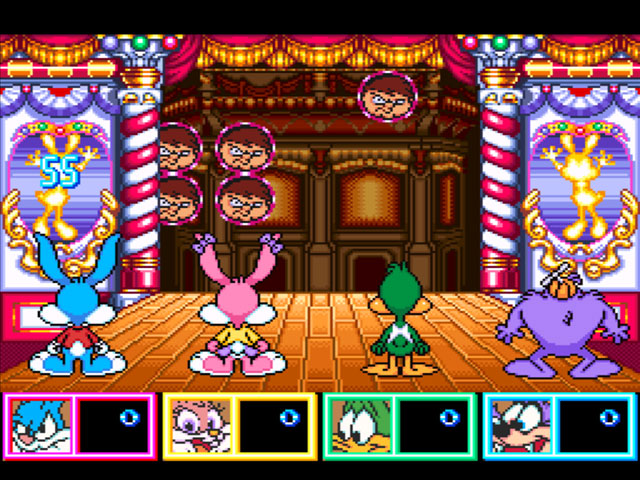 Tiny Toons: Wacky Sports Challenge is a collection of a wide variety of competitive and fun mini-games for up to 4 players, years before the first Mario Party was released. 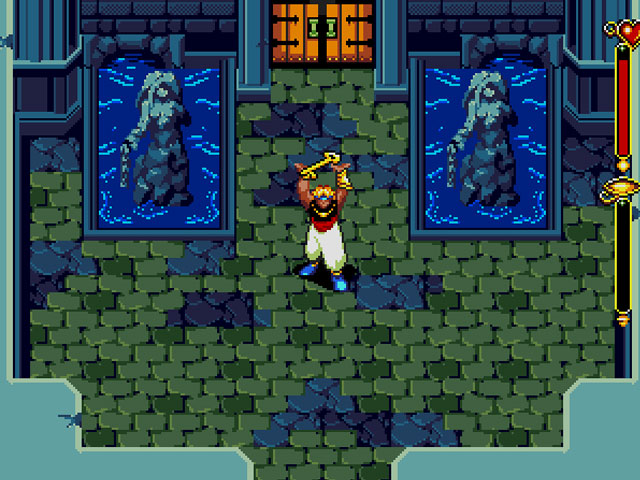 Beyond Oasis is a gorgeous 16bits Action RPG that came out a year after the release of the 32bits Sony Playstation. By then, many kids had already traded their SEGA Genesis. 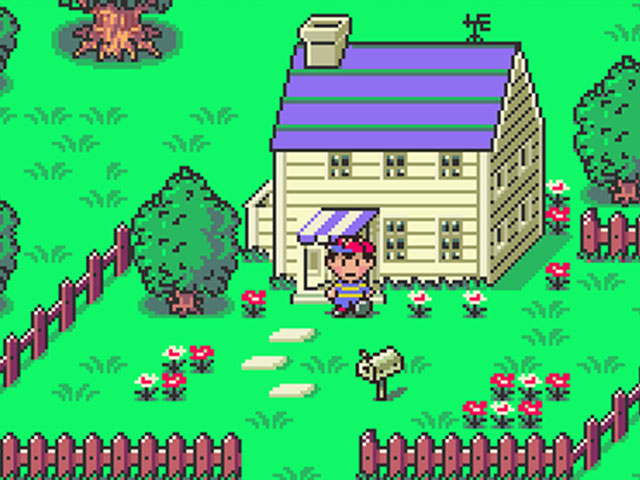 Earth Bound was never released in Europe, so I never got the chance to experience what is widely considered one of the most charming and unique Nintendo’s RPGs.

Secret of Mana 2 or Seiken Densetsu 3 was never released outside Japan; thanks to the work of passionate fans, translated ROMS are available on the internet.

Not everyone identifies as a gamer, but every one has a happy memory involving a game whether it was bonding with a sibling or a parent over it, a gift from a late beloved relative, or even something played only once at a friend’s house; paying homage to these games is the best way to keep these happy memories alive.

A Reflection on Art and Video Games