According to Symantec’s chief operating officer and level 70 paladin, Stephen Gillett, being a World of Warcraft guild master is an exercise in leadership as his duties and responsibilities include: organizing dungeon raids, which requires mobilization of hundreds of guild members, managing the guild’s virtual finances, as well as recruiting key talents the guild needs in order to prosper.

This is the reason why the former Starbucks, CNET and Best Buy executive lists his hobby on his resume. What seems to be an innocuous activity from the outside, is a hobby that teaches valuable skills, transferable to a business environment, that all employers should be looking for when considering a hire.

From the casual Farmville aficionados trying to optimize his corn production on Facebook to the hardcore Portal player obsessing on finding a different way to solve one of the game’s riddles on her Playstation, gamers are natural born problem solvers. The variety of games requiring players to use their brain is astounding: physics-based puzzles, real-time strategy, memorization represents only a fraction of the games that trains hobbyists to use logic, recognize patterns, resolve and improve sequences. The complexity of puzzles to be solved only grows exponentially as the award-winning game below demonstrates.

Gamers is an identity that brings together a wide, eclectic group of people from all genders, ethnic backgrounds, sexual orientation and cultures, all around a hobby, sometimes competitive sport which finality is to increase a high-score or defeat opponents requiring the constant improvement of skills.

It is easy to just glance over the gaming culture as an over-competitive environment where humiliating the other is prevalent; however, when taking a more in-depth look, it is clear that learning from experience and sharing with teammates the knowledge acquired, is what keeps the gaming community thriving.

This is why a simple search on YouTube will display an ever-growing number of tutorials on how to pass a difficult part of a game or how to use a game glitch to your advantage. Being better than another player is a mere ephemeral bragging right, gamers are assertive learners that understand the value of practice and providing support for the team.

Anyone whose been facing Big Data understands that information overload can happen very quickly when it comes to make sense of a large number of statistical information. Multiplayer online battle arena or MOBA, is a tremendously popular game genre in which players, in order to be victorious, must be keeping a handle on numerous factors such as resources, leveling up their hero, maneuvering subordinate units, as well as their opponents’ actions and units; this is the reason why MOBA’s interface can seem chaotic to neophytes, but encompasses all the information flow gamers demand in order to build strategies needed for victory. 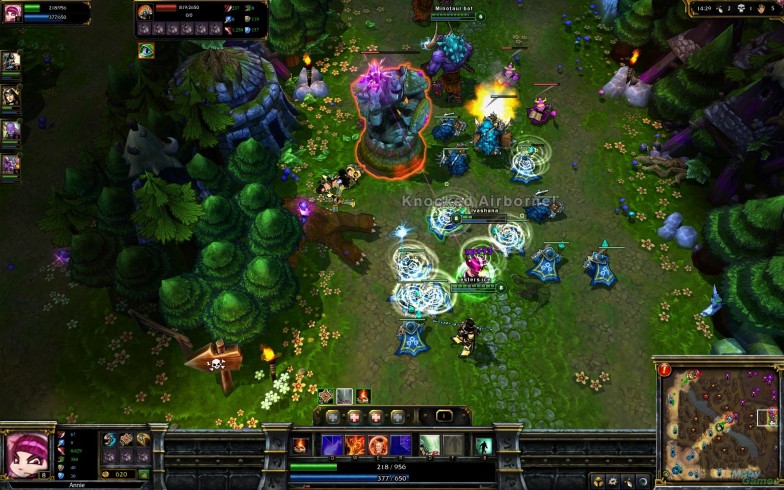 Let’s tackle the elephant in the room, multitasking is a formidable skill, unfortunately several studies have claimed that multitasking is less productive than doing a single thing at a time and many columnists have used this studies to claim that your brain just can’t take in and process two simultaneous, separate streams of information and encode them fully into short-term memory. And they are Right!… unless you’re a playing a lot of action games.

Don’t take my word for it; instead. spare a few minutes to listen to cognitive researcher Daphne Bavelier, who studies how humans learn; in particular, how the brain adapts to changes in experience, either by nature or by training. In her TED Talk, she explains the differences between what the general population considers multitasking and how their efficiency is reduced and how action gamers’ brains are rewired to truly multitask in a proficient manner.

How to Run a Successful Crowdfunding Campaign