Ode To My Beloved Lady Of Paris, The Immortal Notre Dame Cathedral

The recent fire that affected Notre Dame Cathedral gave me the desire to reminisce about the magnificence of one of my favorite Parisian places where I used to spend hours reflecting on life and reading philosophy.

I spent some of my most troubled years in Paris; fresh out of high-school not sure what I wanted to do with my life and studying something in university that really wasn’t leading to any career path I aspired to. The capital of France is a massive cosmopolitan metropolis in which it is easy to get swept away by its chaotic and restless lifestyle but if you take the time to stop and look around you’ll discover a different city one that where lost and wandering souls end up at Notre Dame cathedral which provides a peaceful place to ponder one’s existence. I’ve spent countless hours in its heart and it will always have a special place in mine.

Three Dates Only The French Would Know

When you’re born in Saint-Louis, graduated from La Sorbonne, and are old enough to remember the modern days saint who founded Emmaus, you have no choice but be deeply attached to Notre Dame. Many know a story or two about the cathedral and its history but very few know about how the Parisian monument is linked to some of the most inspirational heroes beloved by the French. 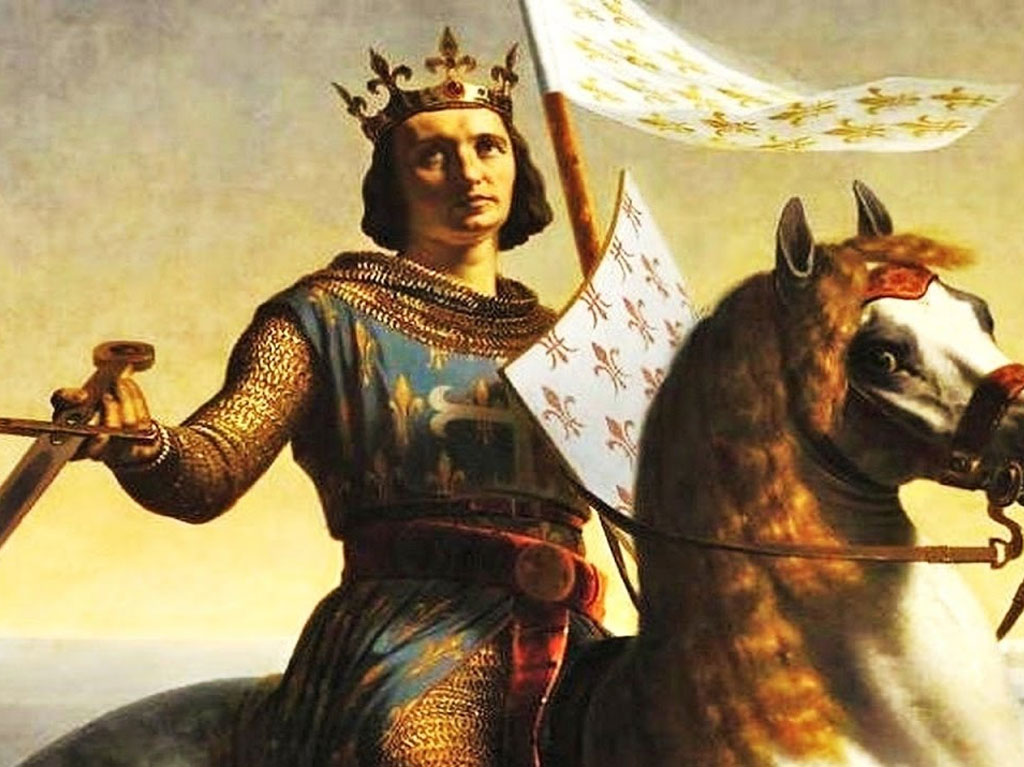 The year Louis IX, Saint Louis, brought to the cathedral a holy relic of the crown of thorns that was placed on the head of Jesus during his crucifixion. It was rescued from the 2019 fire. 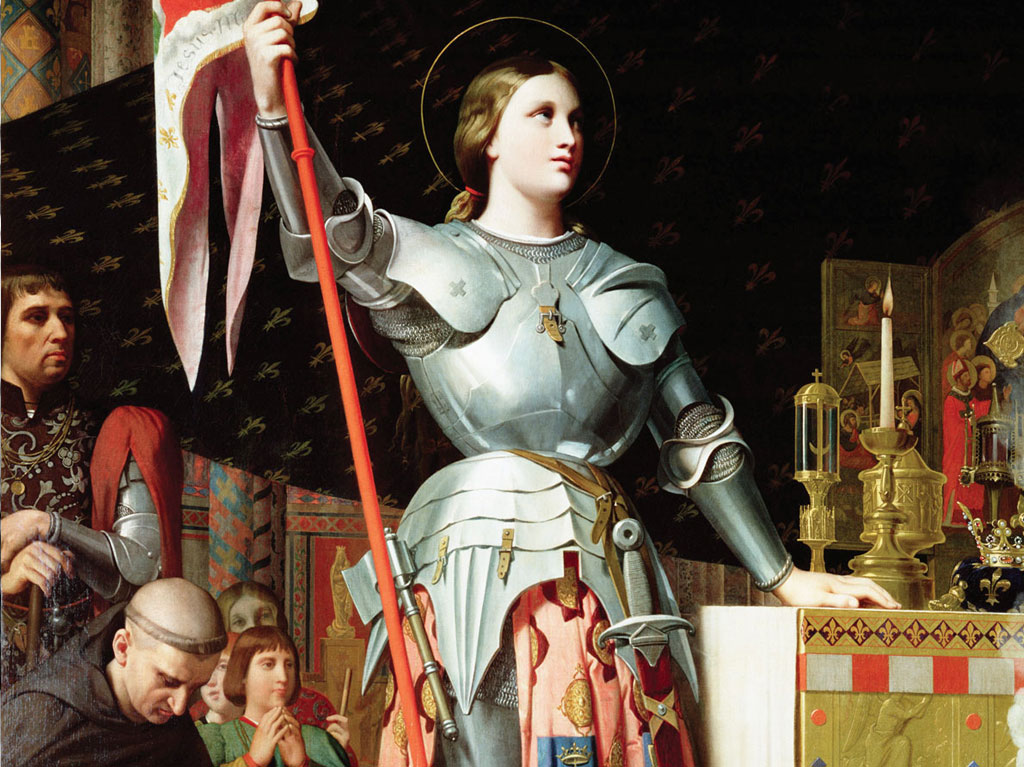 The year of Joan of Arc’s retrial, which started at Notre Dame, in which she was declared innocent. I’m proud to belong to the same alma mater as the theologian who defended her. 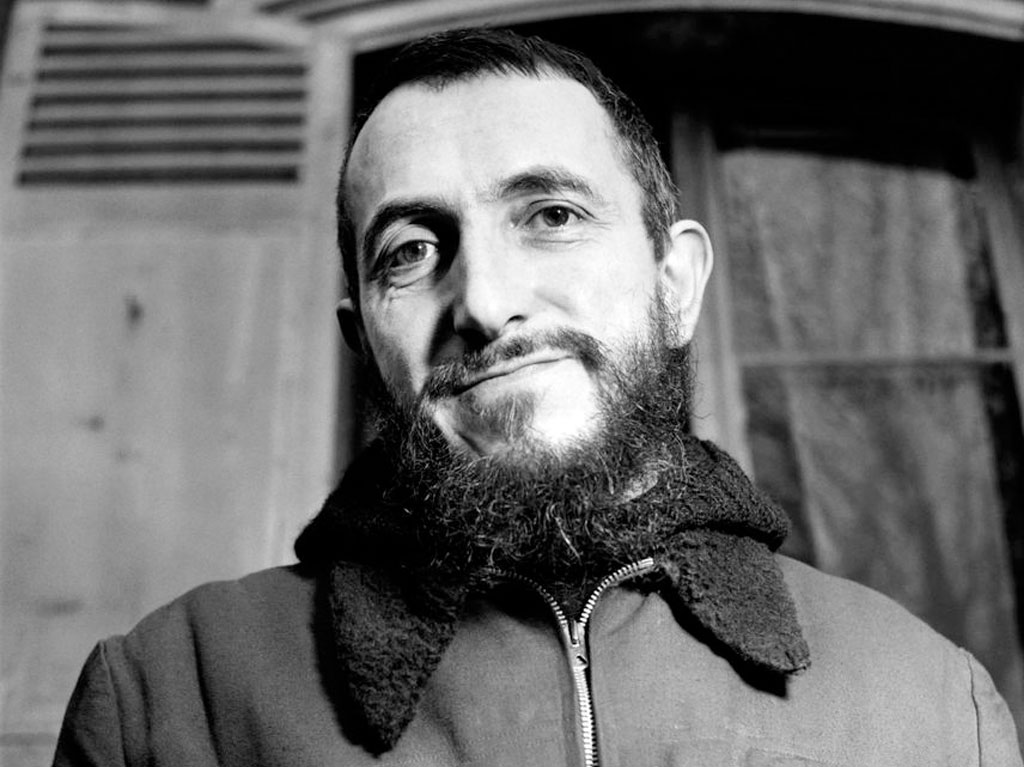 The Abbé Pierre had the honor to have his funeral at Notre Dame. After serving in the Resistance, he founded Emmaus, a charity helping the poor after calling for an Uprising of Kindness.

A Sanctuary For The Most Vulnerable That Will Be Rebuilt

Notre Dame cathedral has a special place in my heart and I can’t imagine a Paris not being graced by its presence. In all the centuries it has been standing, it has within its walls protected the ones being persecuted, sheltered the ones the most in need, paid homage to the ones that have dedicated their lives to make France a better place.  I am grateful that many French families and companies have opened their wallet to restore this symbol of national unity, and have personally donated as much as I could in the name of my mother and late grandmother who would have wanted to do so.

If I had to acknowledge the woke mob finding offense in people giving to a cause they don’t endorse, I would quote one of Notre Dame’s greatest benefactors, Victor Hugo: “The wicked envy and hate; it is their way of admiring.”

More Than A Place Of Worship, The Witness Of French History

In the last few days, I’ve read a lot of very ignorant statements regarding Notre Dame from mostly North Americans: from the ones asking the French government not to fund the reconstruction of a cathedral as it would show favoring one faith over another to the ones saying that history is in the books not in the stone. So let me give a crash course in French History: Notre Dame De Paris does not belong to the Roman Catholic Church; it is the property of the sovereign nation of France and is part of its cultural heritage; only a fool doesn’t realize that every facade, every side, every stone of the monument is a page of France’s History book, from the first stone set by King of France, Charlemagne in 1160 to the funeral of the former President of the French Republic, Francois Mitterrand in 1996; there is no monument that is a witness to the history of a country but also the history of Art and Science. 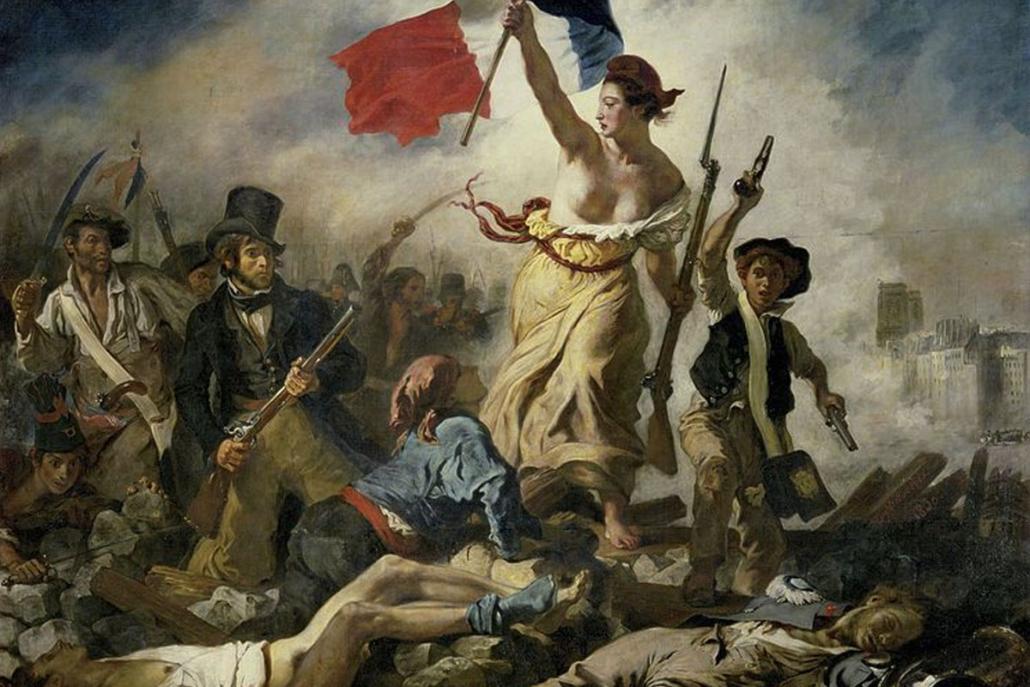 The day the cathedral belonged to the French nation and is no longer the property of the church. Notre Dame surviving the French Revolution unscathed shows how much the monument means to the French. 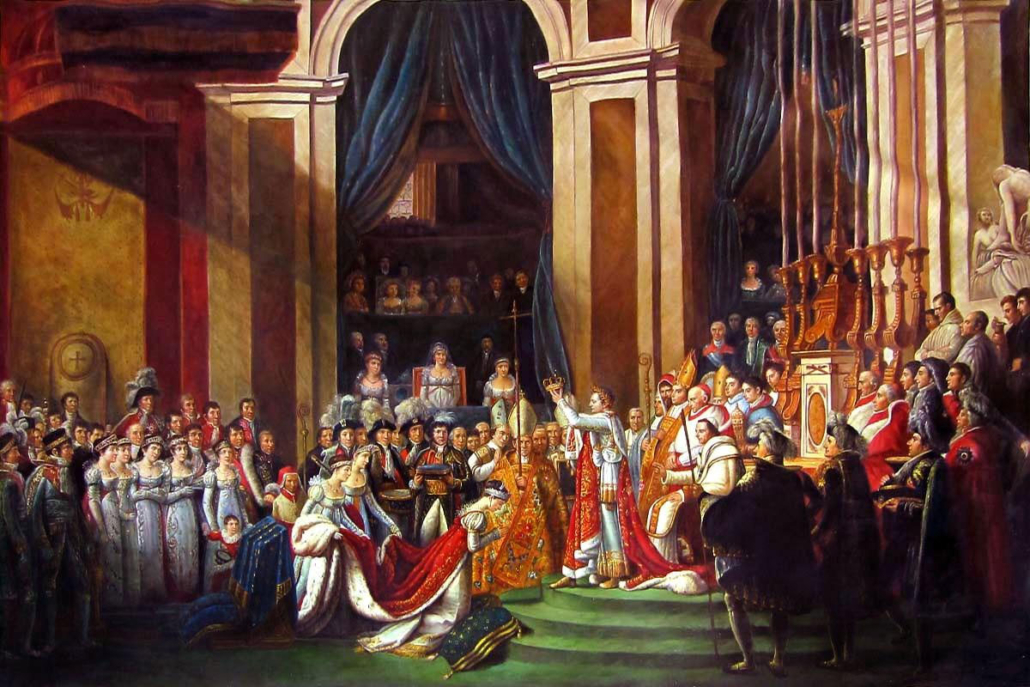 The coronation of Napoleon took place in Notre Dame de Paris, he wasn’t crowned by pope Pius VII, who was present, he crowned himself as depicted here by Jacques-Louis David.

A Cry Against The Decadence Of Contemporary Architecture

This is one of themes of The Hunchback Notre Dame according to its author, Victor Hugo. The masterpiece featuring the beloved Quasimodo was written to raise awareness about the sad state the cathedral was and how updating it to contemporary architecture would be another mutilation done to the landmark.

Hugo struck a chord among the French zeitgeist and this why when architect Viollet-le-Duc added a spire to the rooftops, it was done paying homage to the medieval Gothic style of the cathedral and not to a style contemporary to the 1800s.

I already see some god-awful monstrosities being imagined by award winning contemporary architects like Norman Foster; there’s no way in hell the ones who love Notre Dame will let the cathedral suffer another tragedy.

There’s a reason why every person who come to Paris wants to gaze at Notre Dame. There is not a person, no matter the age, walking on its rooftops that didn’t secretly hope to catch a glimpse of Quasimodo; there are no couple in love who didn’t want to walk around; there is no Assassin’s Creed fan who didn’t play Unity a find comfort knowing it will always live in one form or another. Notre Dame has transcended what it was built for and has become a sight that embodies everything people love about Paris in popular culture. 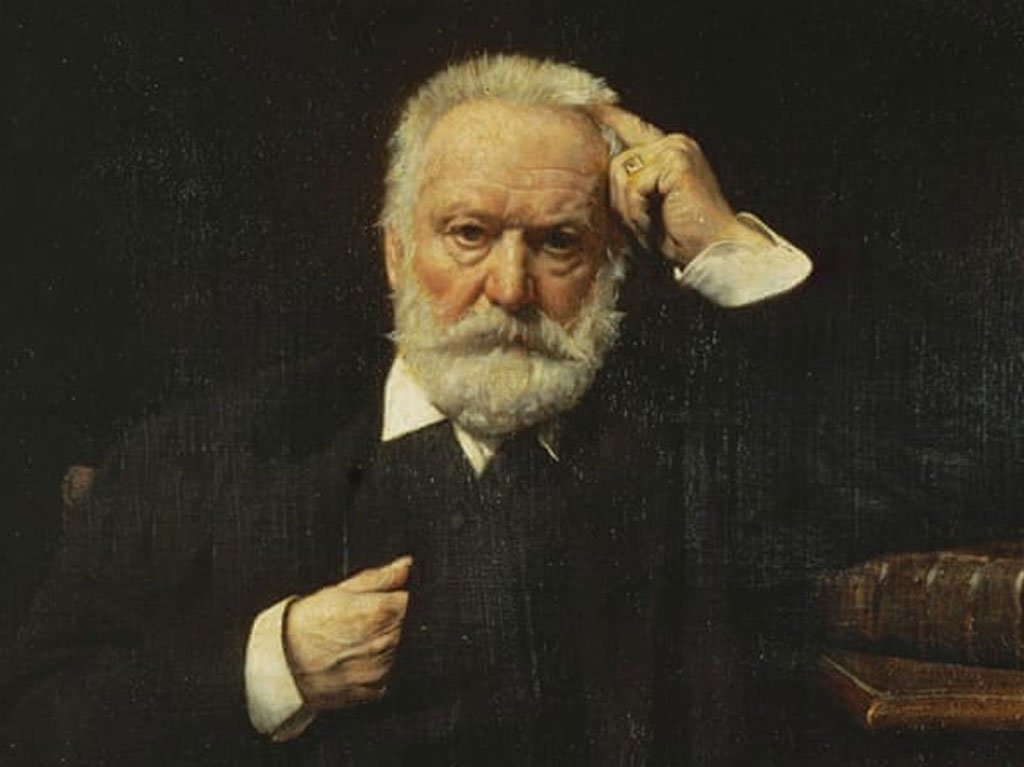 The Man Behind The Hunchback

If it wasn’t for Victor Hugo and his masterpiece featuring a lovable hunchback, Notre Dame wouldn’t be in the hearts of so many all around the world. By giving the cathedral a literary guardian angel named Quasimodo,  the author of Les Miserables didn’t know how much his contribution would impact the monument for centuries to come. 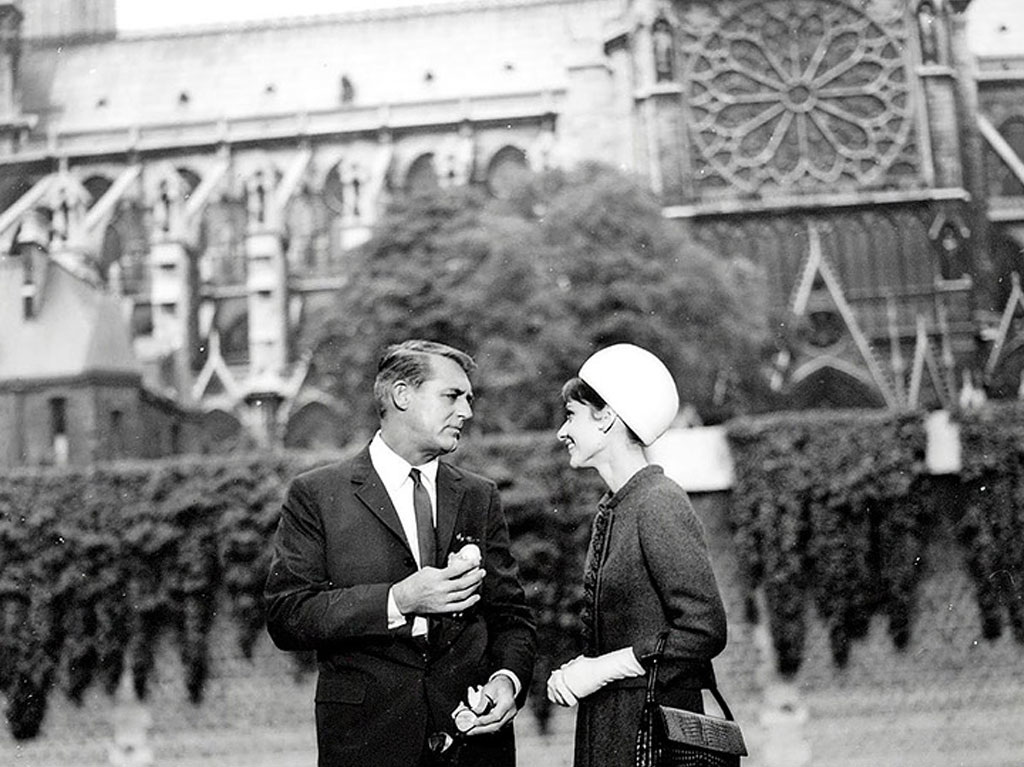 The Embodiment Of Paris

If the Eiffel Tower is the landmark at defines Paris as the post-industrial revolution city of lights  to Hollywood, Notre Dame is the monument that gives Paris its name of city of Love. From Cary Grant and Audrey Hepburn to the Aristocats, Our Lady of Paris has been a the on-screen fairy godmother to many blooming romances. 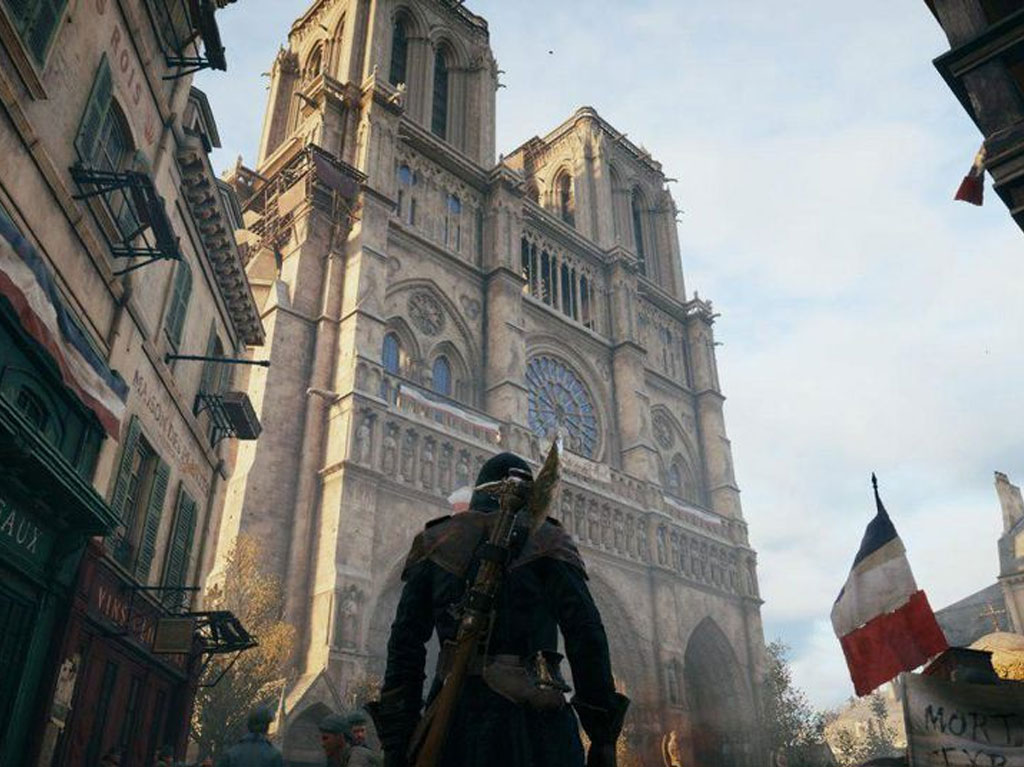 There are no work of art that have so faithfully depicted Notre Dame as its polygonal version in Assassin’s Creed Unity. It is absolutely awe-inspiring to think that the countless hours spent recreating the cathedral by French video game company Ubisoft and its Montreal studio will help rebuild this paragon of gothic architecture.

The Guillemot family, the founders of Ubisoft, the company behind the Assassin’s Creed franchised, have not only made an important pledge to rebuild Notre Dame but they also have offered to share the data they have amassed while creating Unity to help rebuilding Notre Dame.

In the wake of the fire, they’ve also gave away copies of Assassin’s Creed Unity, the game set during the French Revolution in which Notre Dame is the jewel crowning the Parisian skyline.

Many were grateful for the many gestures and review-bombed the game on online platform and praised the publisher’s efforts to help with the restoration.

Like I mentioned before, Notre Dame has a very special place in my heart; I’ve skipped many classes to just come and sit inside of it asking myself all the questions one asks him/herself when becoming an adult. And I’ve also read a lot of books mostly philosophical essays; maintaining the revolutionary Festival of Reason in which churches were turned into agoras where philosophical ideas were shared. The place has an energy, a vibe, something words cannot explain but that makes you feel safe and whole when you’re under its protection. 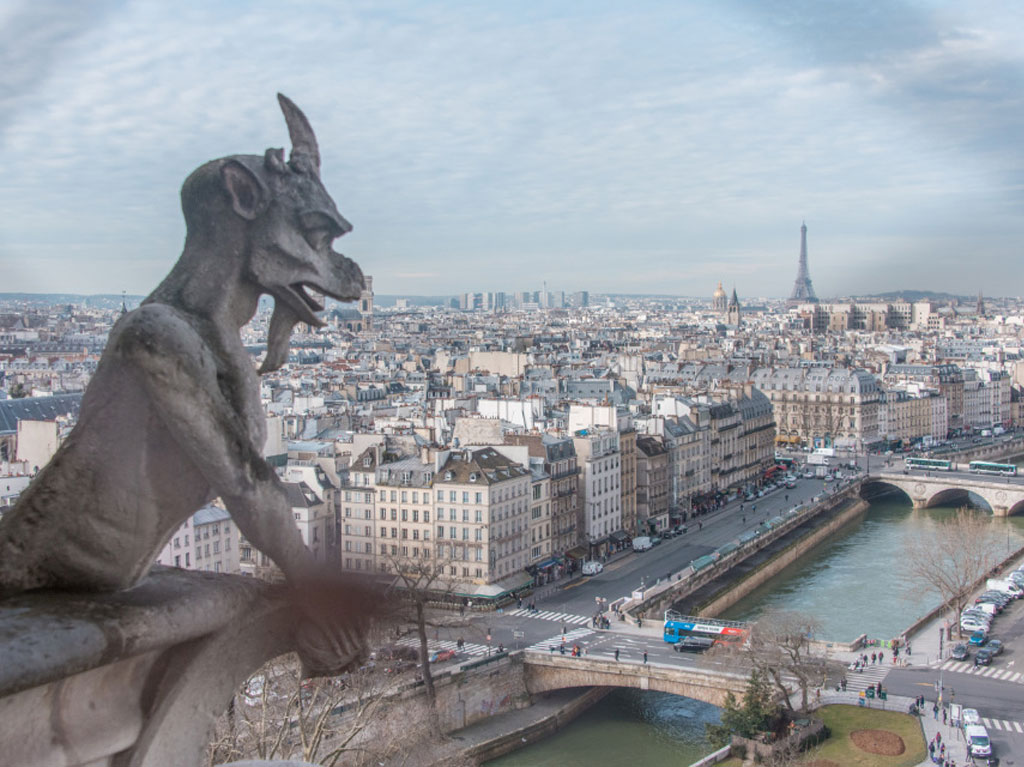 Notre Dame’s rooftops are the home of many lovely gargoyles who watches the Parisian landscape evolve over time; they’re all different, they all have their own personalities. It was one of my favorite thing to do; climb up hoping to see that one had moved overnight. 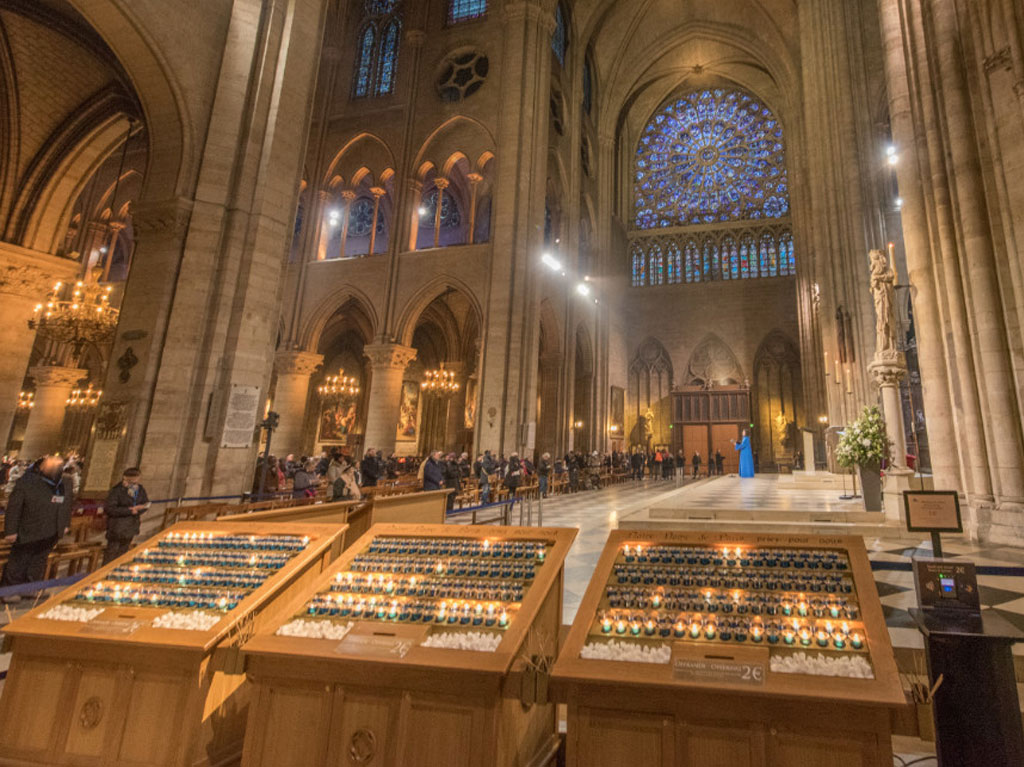 This is my favorite spot; from here, I could have sat next Joan of Arc’s mother during her retrial; I could have witnessed Napoleon Bonaparte becoming an Emperor, and I could have struck a conversation with Victor Hugo about a hunchback living on the cathedral’s rooftops. 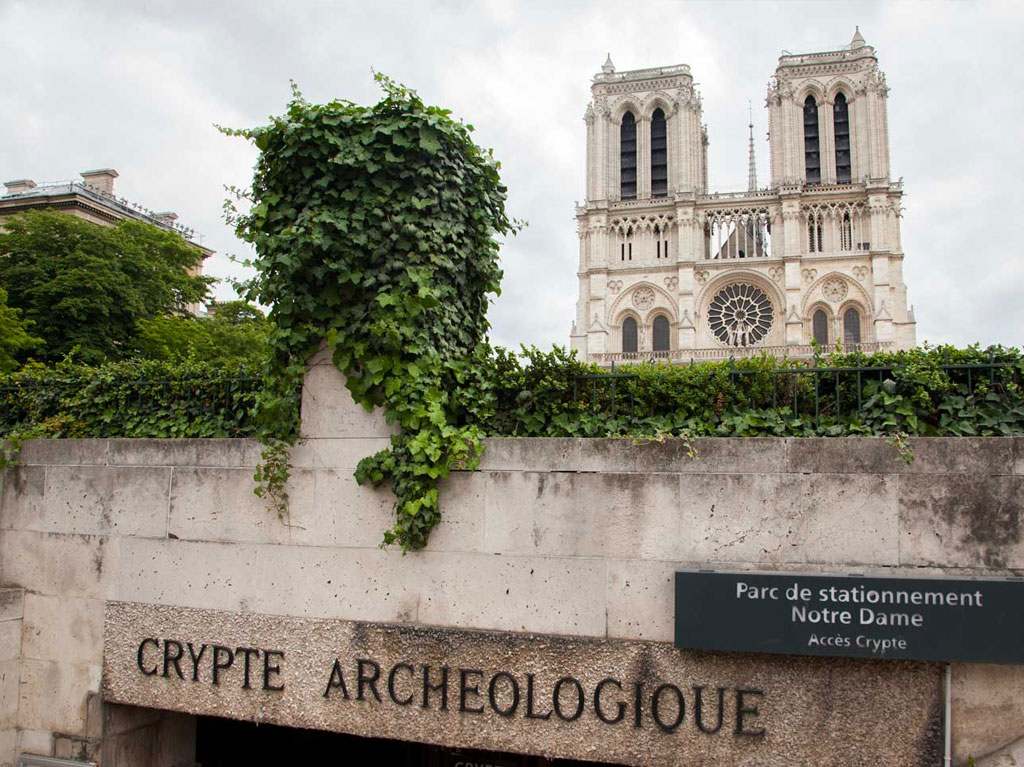 The Gateway To The Catacombs

One of my favorite spots is actually underneath the cathedral and accessible outside; it’s the crypt of Notre Dame. It’s an archaeological treasure but it’s also one of the best known starting point of the Paris catacombs which hold the remains of more than six million people.

Notre Dame has suffered but thanks to the generosity of so many for whom it means something, it will be renovated and will look even better than it was. I cannot wait to go its reopening until then I’ll just have to close my eyes to go back to it.