This week, I’ve been privileged to witness a very enthralling panel about the gaming industry organized by DigiBC, during which a few very thoughtful industry members discussed how the next billion dollar gaming phenomenon could be started in British Columbia.

The panelists brought forward a lot of compelling ideas on how to take the local gaming industry to the next level, as well as how to foster creativity and herald the local industry members. I am not going to summarize the entire discussion; I will however, highlight some of the very relevant arguments made, and will point out a tiny little omission that I believe is crucial when talking about levelling up the gaming industry.

Developers of the following games were present: 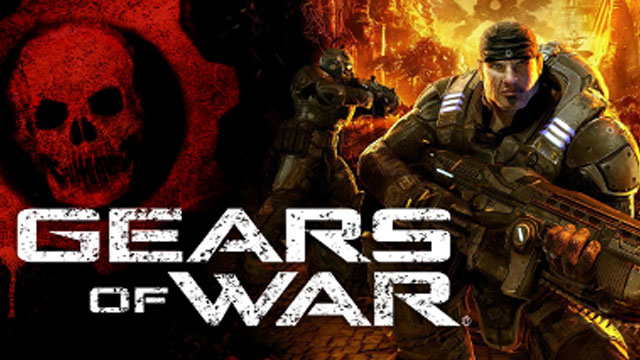 Gears of War is one of Microsoft’s billion dollar game franchises. 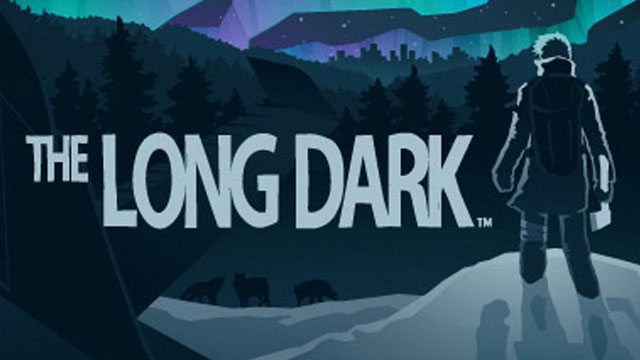 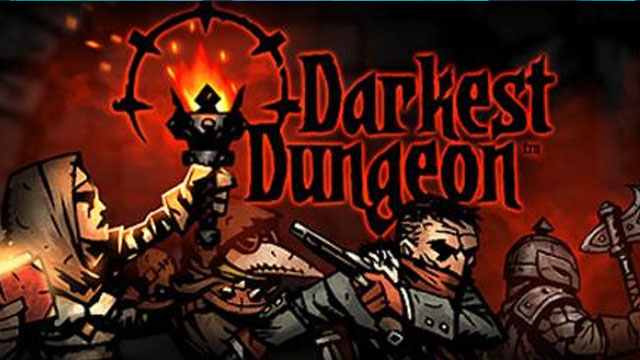 Darkest Dungeon is currently one of the most talked about games.

From early on, an analogy was made with the film industry, despite a consensus being reached on the necessity of not emulating the Hollywood model; a lot of astute parallels implied that the gaming industry should learn from its silver screen counterpart. This is a really significant point that I will get back to.

One of the most interesting arguments made during the #LevelUp panel, was about the consumption shift of passive media and how; where some didn’t see the relevance of traditional legacy media as a marketing vector to reach the gaming audience, some mentioned the legitimacy advertising can bring to the a developer during events such as the Super Bowl. 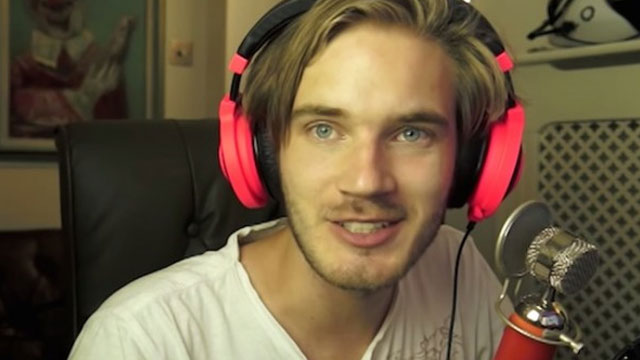 PewDiePie YouTuber
His channel has over 35 million subscribers. 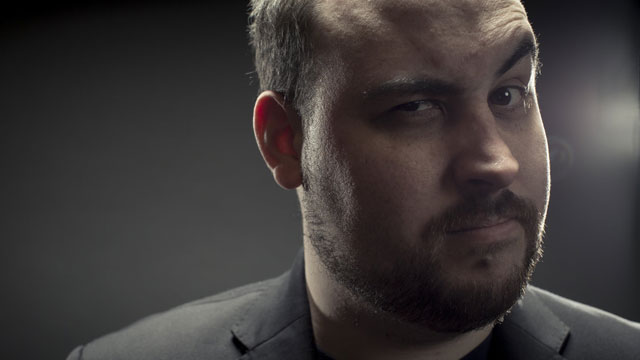 TotalBiscuit YouTuber
His videos have over 600 million views. 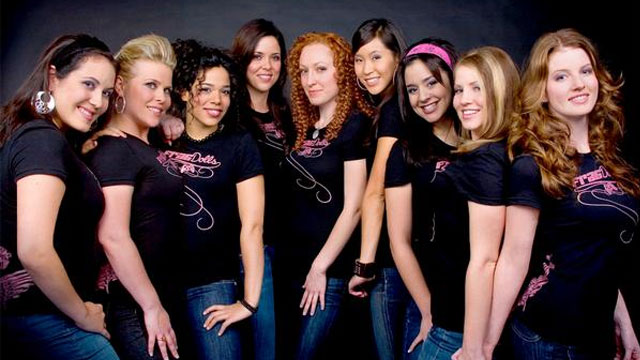 A panelist brought forward that for millennials and the following generation, YouTubers such as PewDiePie and TotalBiscuit, as well as streaming services dedicated to games like Twitch, are having a much stronger impact on the industry than Liam Neeson’s commercial for Clash of Clans.

As the discussion unfolded, it was very clear that there is a desire of legitimacy from the developers, in the eyes of the traditional mainstream media, that isn’t met. As much as the solutions put forward were all valid, none of them were turned towards an important part of the gaming industry: the gamers.

What do gamers have to do with levelling up the industry?

Well, it’s actually quite straight forward: if the number of people playing games has reached a plateau, it’s because playing video games is still associated with a social stigma.

To increase the number of people playing games, developers and associations representing the gaming industry have to do their part to make gaming an accepted adult pastime.

Being a gamer has never been an easy thing: in the 80s, video games were supposed to turn children into Satanists. In the ’90s it was mass murderers. This pattern still exists today.

In the media, games are portrayed as violent brainless timewasters and people enjoying them as teenage boys, lonely “menchildren” living in their parents’ basement and weirdos.

Journey: your average hyper-violent mindless waste of time according to traditional media outlets. 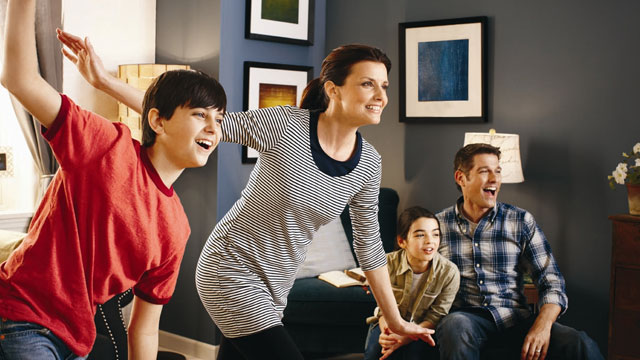 Those social stigmas do exist and are something that the industry, as a whole, need to address. And this where the parallel with Hollywood comes in:

One of the things Hollywood has done right, is to sell that “going to the movies” is an appropriate, mature thing to do for adults.

The Last of Us: a pointless toy for socially maladjusted “menchildren” who need to grow up.

As long as the gaming community will be infantilized and marginalized, the industry will never level up.

Which brings me to my next point; a couple of panelists said the exact same single sentence at the same time: “If you want to make games more appealing to women, hire women to work in your studios.”

This harmless, kind spirited line, perpetuates the myth that women don’t play games and that games are made by men for men; when in fact, according to the ESA (Entertainment Software Association), half of the people identifying as gamers are women. The gender argument is simply baseless when it comes to gaming which is one of the most inclusive communities out there. 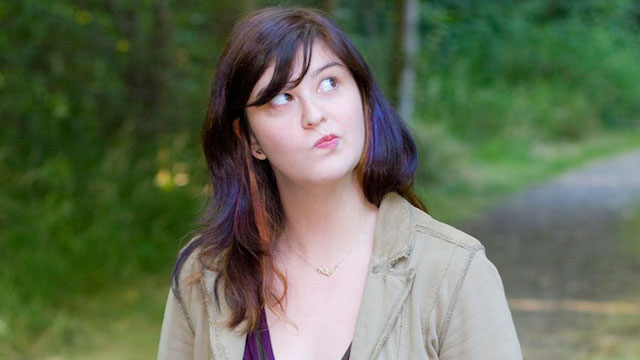 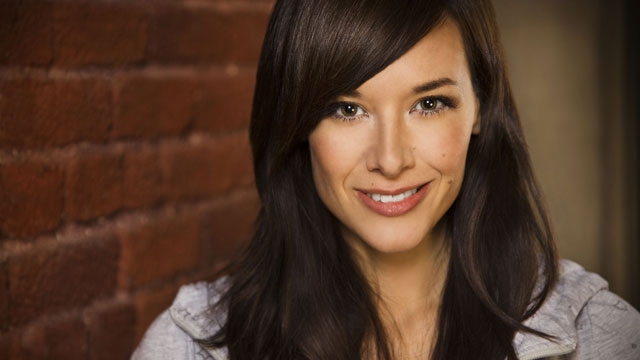 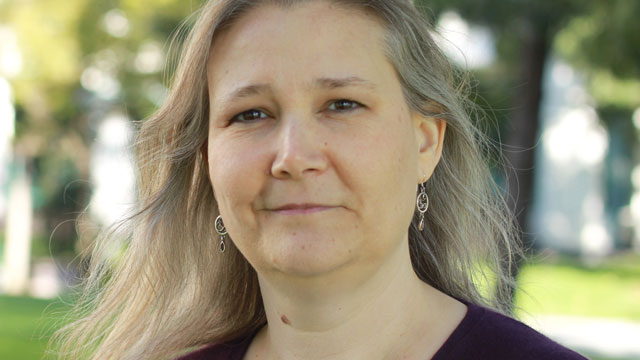 Portal’s creator, Kim Swift, Jade Raymond from Assassin’s Creed fame, and Amy Hennig, the mind behind Uncharted, have produced games enjoyed by everyone, no matter their gender, sexual orientation or ethnic background, implying that their success is due to gender appeal instead of the quality of their creations is quite insulting.

This is something that would never be brought up about films in the movie industry. 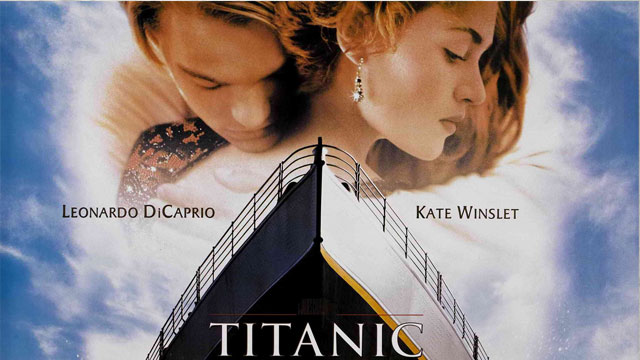 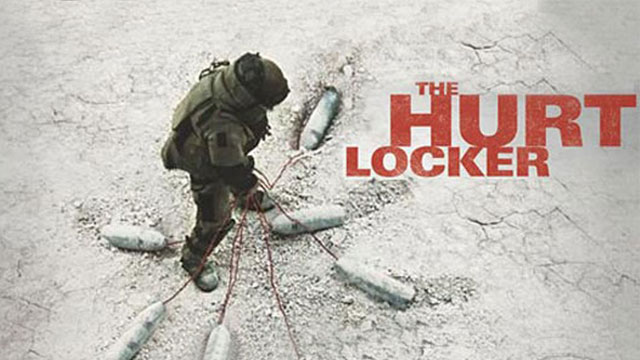 The gaming industry needs to do with gamers what Hollywood did with geeks.

In the ’90s Hollywood couldn’t care less about comic-books, the fans of that medium didn’t represent a significant segment of their audience. But when they decided that comic-books offered a great amount of stories and already had a built-in audience, they decided to glamorize that audience and turned the niche into a socially acceptable thing to do. 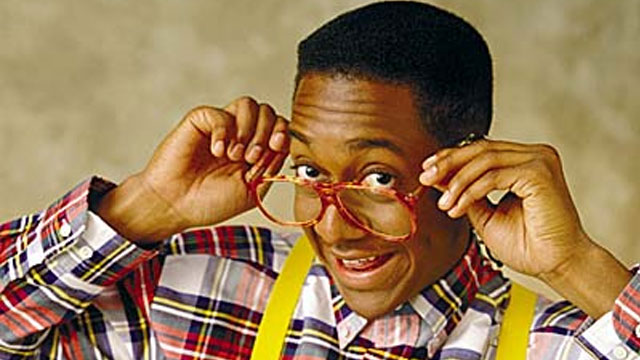 Geeks were portrayed as socially awkward loners who everyone laughs at. 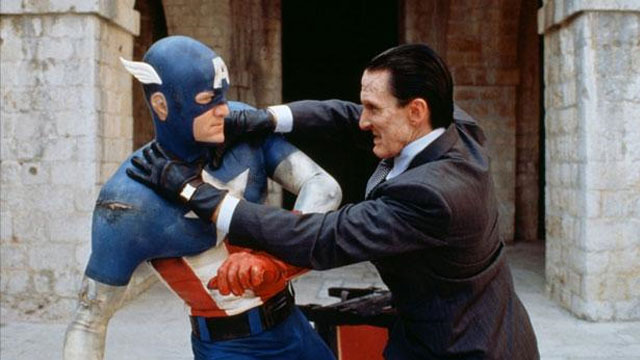 Can you name the actor playing Captain America in the 1990 movie? 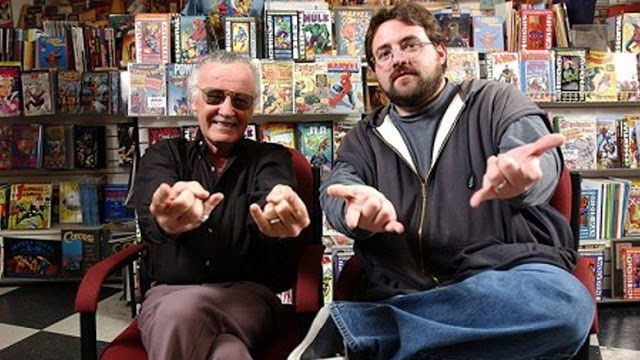 The two biggest celebrities at Comic-Con were Stan Lee and Kevin Smith. 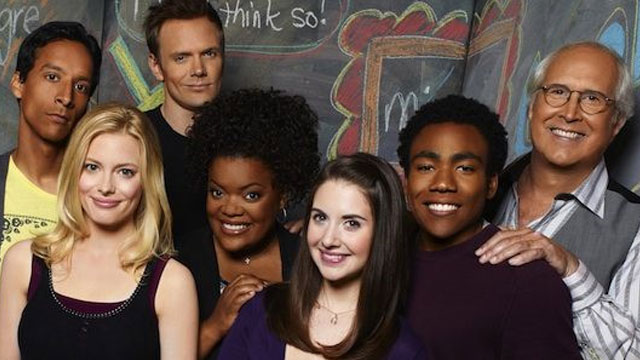 Geeks are now your beloved quirky friends that keep the group together. 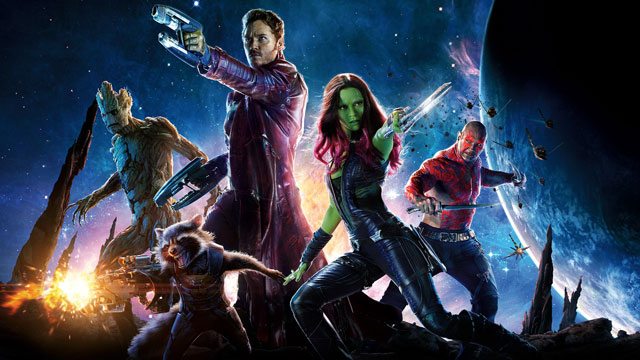 A talking raccoon and a tree are the biggest winners of the Summer box office. 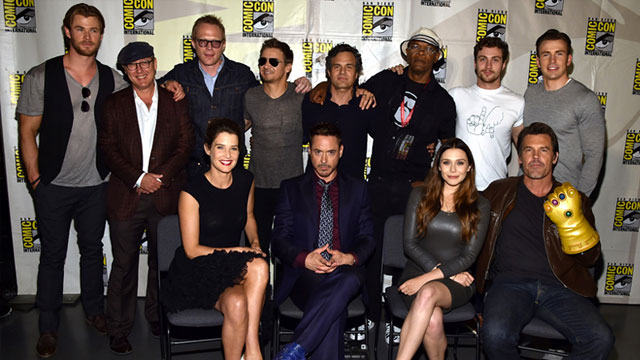 How many Academy Awards’ nominees are present at the Avengers‘ Comic-Con panel?

Meanwhile this is how people enjoying video games are portrayed 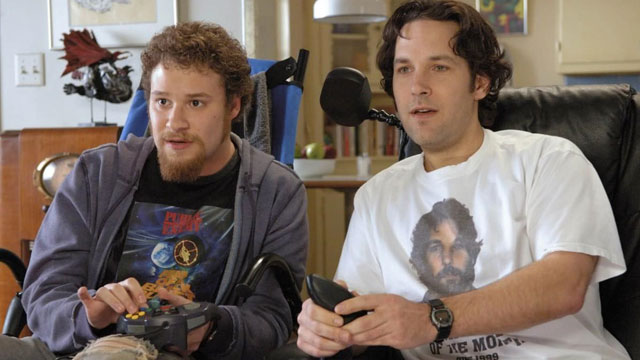 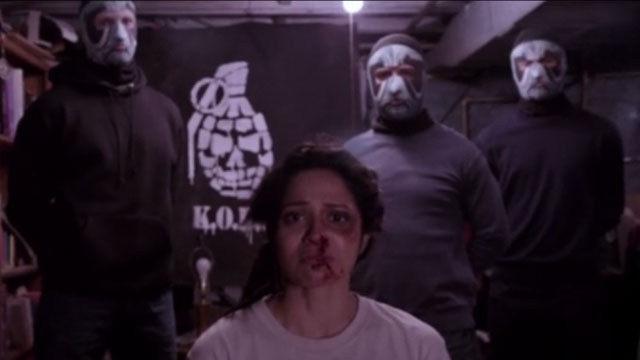 Being a gamer is tough, not only you are being vilified and insulted on a daily basis by the mainstream traditional media, but the gaming press turned on its audience lately, and the same press is starting to turn on developers, too. So why would anyone want to openly enjoy games, or be part of an industry with such an awful reputation?

A #LevelUp panelist had the right idea on how to herald the industry: he said the associations representing the gaming industry should shift their focus from lobbying the government to lobbying media outlets to get positive coverage about the gaming industry.

This is the most compelling argument that was made, and I will go even further and say that not only the associations should bring forward developers success stories, but also consumer positive stories that break the stereotypes about video games and about the people who enjoy playing games.

British Columbia is in a very advantageous position: it’s home to many incredible individuals who embody the average gamer. 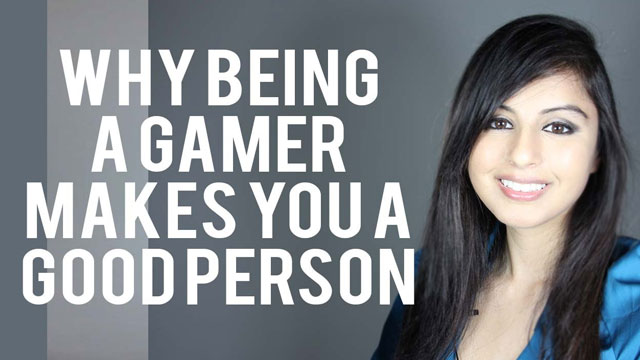 Jennie Bharaj‘s community aggregator and Metacritic alternative has been crowdfunded by gamers from all over the world. 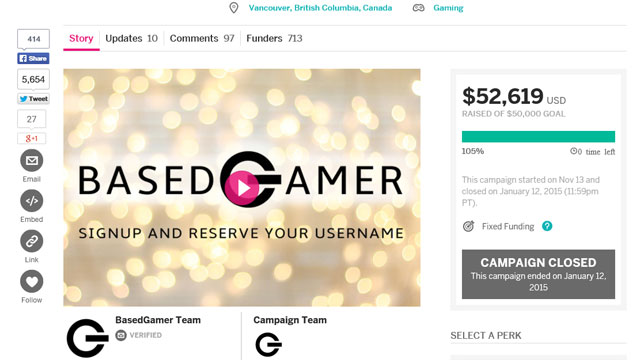 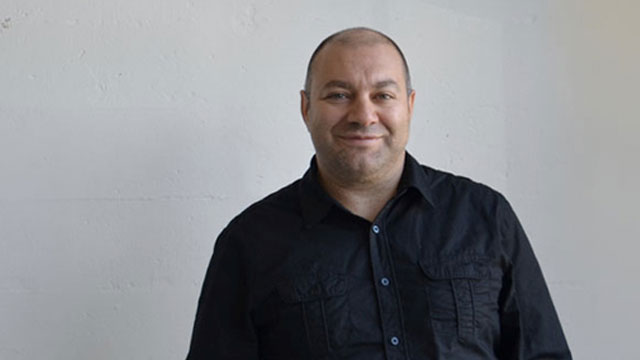 Haig Armen, a BC dad, has developed a simple way to have children everywhere play multiplayer Minecraft safely. 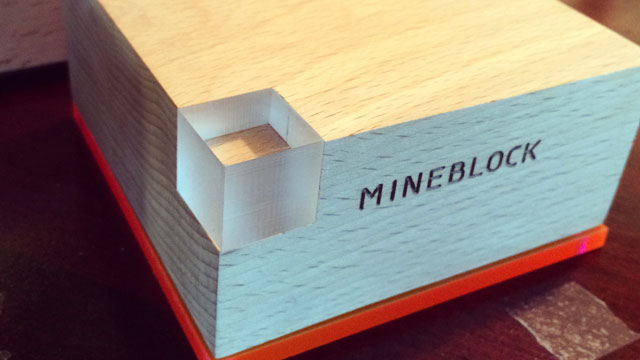 There is a co-dependent relationship between the ones making games, and the ones playing them; to grow the gaming industry and take it to the next level, we need to debunk the myths about gaming that are pervasive outside the gaming community.

The gaming industry doesn’t need to emulate Hollywood, but it should emulate Take 2’s CEO Strauss Zelnick, who in the midst of articles attacking gamers, and a ban in Australia of Grand Theft Auto V, a game published by his company, publicly stated: “We proudly stand by our games, the hundreds of developers making them and the millions of customers enjoying them.”

Full disclosure: I am not a game developer; I am a long time gamer, who, as a marketing strategist, has helped game developers and platform manufacturers reach their audiences, who’s been listed in the special thanks of some of the most popular games of the last decade.