#Peeple is a social app, scheduled to launch in November 2015, which met its doom a month prior to its release due to an internet outrage resulting from Peeple’s PR push which was riddled with marketing flaws.

People heard about Peeple for the first time at the end of the first week of October 2015, when an few articles picked up on an interview conducted by the Washington Post which called the app “The Yelp of People.” Needless to say that many were interested and after watching the promotional web series from the app created by Julia Cordray and Nicole McCullough, many questions were raised.

When a tech journalist asked Cordray on Twitter which Government agency gave the app maker a grant to develop Peeple; the refusal to respond to something mentioned in the video, created a very negative perception towards the app. Furthermore Cordray accusing the tech journalist of harassment when he pointed out the vagueness of Peeple’s answer only heightened the distrust and scrutiny towards the app.

Ultimately the poor phrasing of a video statement combined with an antagonizing response to a simple question turned Peeple from “The Yelp of People” into “A Government Sponsored App Where People Are Rated Without Their Consent.”

2-Not Understanding How Social Media Works

What followed the first few negative comments is a text book case of the Streisand’s Effect in which the more something is being censored online, the more widespread it gets.

From antagonizing commenters to the removal of negative comments, Peeple did exactly what any social media savvy company should NOT do. This culminating with the deletion of their Twitter and Facebook accounts as well as putting their website offline. It demonstrated a complete lack of understanding how social media works.

Social media researcher Dr Ansgar Koene at the University of Nottingham told the BBC: “If you looked at things like the Facebook page that the CEOs of the company made it was interesting to see how they blatantly just ignored any of the negative messages.” 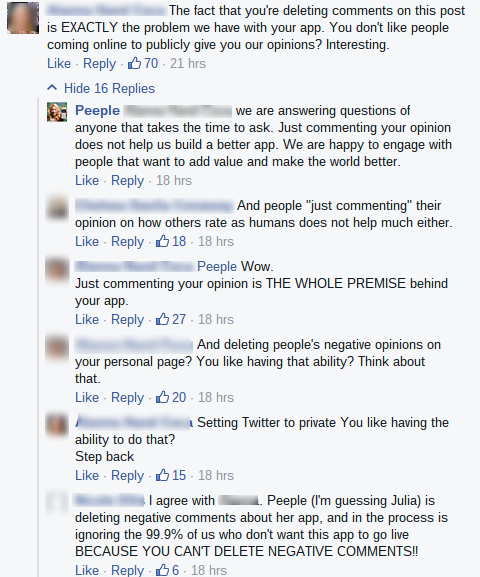 Anyone who have watched the web mini-series featuring Nicole and Julia produced to herald Peeble can see their vision is very positive; however when combined with their apparent lack of knowledge for how social media and the internet community work, it is clear that Peeble is a platform that can be easily abused:

Anyone can create a profile and review anyone else which is a clear violation of CASL (Canadian Anti-Spam Law); the Alberta based company should have known better.

Despite 2 star or less reviews being held for 48 hours, nothing stop someone from posting a 4 star review of someone they would like to harm and live a damaging written comment; in this case the harmful comment would be posted instantly on the person’s profile as its rating isn’t deemed negative by Peeble’s system.

It makes one wonder why no focus group or beta testing has been done on the app, as these issues would have been highlighted right away. 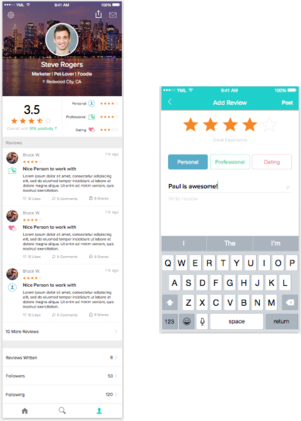 4-Too Much, Too Late

On October 4th, Julia Cordray wrote a lengthy post on LinkedIn talking about the downward spiral her progeny has been under for the last few days. She also mentioned some key features of the app being altered due to the negative feedback received. The changes mentioned by Cordray are transforming the app to the point of being deemed completely pointless by specialized media outlets like The Next Web. 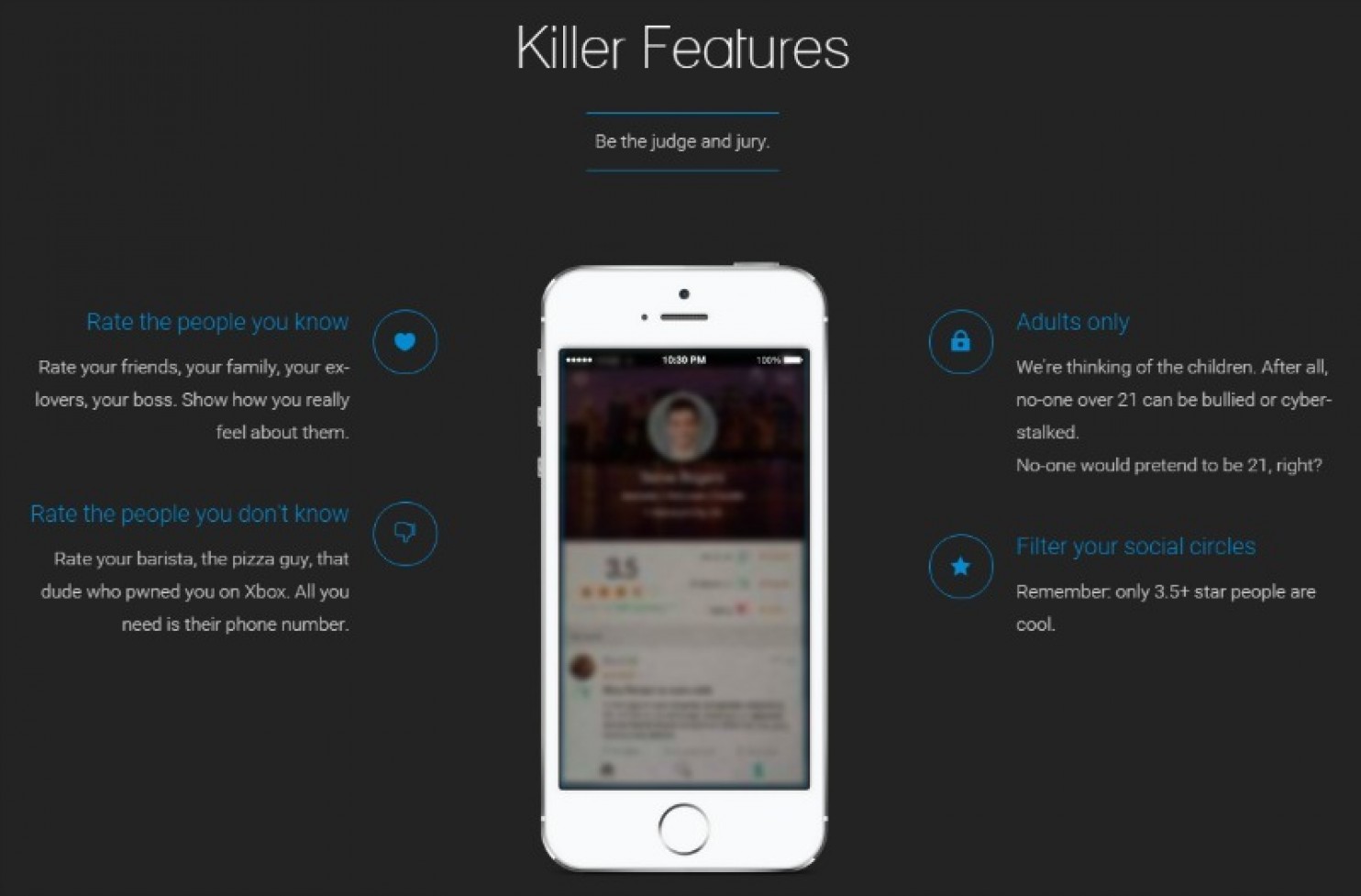 Most of the “killer features” mentioned above will either not be present in Peeple or dramatically altered.

All these flabbergasting elements led to some columnists to wonder if Peeple was a real app or if it was an elaborate hoax; after all, Cordray’s app bare many similarities with the fictional app, Meow Meow Benz, from the tv show Community.

Even hoax-busting site Snopes.com had doubts on the authenticity of Peeple.

This is Poe’s Law in effect: when reality gets so outrageous that it can be mistaken for satire.

The hoax rumor seems to have been debunked by the LinkedIn post penned by Cordray however when the existence of your product is being questioned something terrible has happened to your marketing.

When Peeple started their PR push the company boasted to a $7.8 Million valuation; after the disastrous public reception of its announcement and the very unfortunate way Peeple answered the feedback given by the public; the NOT YET RELEASED app seems doomed.